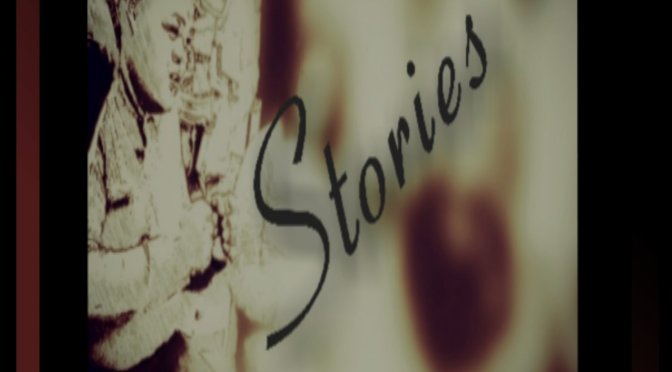 Stories, written and composed by Ricardo Herdien, also known as Kah-Dee is a 5 track album covering stories that rings in the soul of our communities of color and sung in Afrikaans. He features rappers, Holy Gokez and Plofstof on “Abba Vade Land” and singer, Nithaam Solomon on “Bedien”. Some of these stories were written up to 12 years ago and with the help of producer, Paul Telegram, from PST Productions, they were all recorded within a week.

Scripted videos for the project are still being planned and is definitely something that we are looking forward too.

Track List
Storie 1: Meisie (Cape Flats Romance)
Storie 2: Onbeweeglik (Emotion Depicting The Force Removal)
Stories 3: Pitkop (The unraveling of colonization and the indigenous people of the Southern Africa)
Storie 4: Bedien (The dynamics of two major religions; Islam and Christianity, serving the same community and how their heart for people makes them family)
Storie 5: Abba Vade Land (A prayer describing in details to the higher power, the daily violence our communities face)

For now, the album is now available on hardcopy directly from Kah-Dee for the very low price of R100 and will very soon be available on all major music streaming platforms.

Firstly, who is Plofstof?
PLOFSTOF is an Emcee form OV783. Also known by the name ‘KinGDavid783’ comes from his beliefs that ‘WE ALL ARE KINGS ‘ in what we set our minds to and what we do (speaking metaphorically), so basically he is saying that he is the KING when writing his lyrics, rhymes and raps. It is in his blood, He is on top of the food chain, niks en niemand kan jou stry.
King of his Castle (mind), so KinGDavid783 is an ‘EXPLOSIVE’ emcee, that’s why his known as ‘PLOFSTOF’

Can you tell us about where you’re from?
From a small community Ocean View/Slangkop +-30 000 residents. Home and birth place to a lot of raw talent, HIP HOP has been part of this community ever since I can remember and the crew, ‘783 HIPHOP MOVEMENT & SLLANGCORP PRODUCTIONS’ has been active in the community for some time.

Describe your rap style.
My Style?
This might sound weird, but I don’t know… LOL
I don’t really focus on a specific style, I’m just free and real. I normally just DALA as the beat takes me.

How has your surroundings or upbringing affected your music and what you write about?
My upbringing has played a huge part in my involvement over the years, since laaitie tyd I used to love instruments and music. As an artist your surroundings and environment will always play a part of your art. Especially when you keep it real and relevant in what you do.

Who are your musical influences?
I listen to 90% local Hip hop, mostly Cape Town based. It will be too much typing work to name all the broese.
On the international side, at the moment I’m on a Redman and Method man buzz, Cassidy, Papoose and KRS One, that’s for some good inspiration, but kykie, above all, what influences my music the most is the day to day life we live in ghettos all over Cape Town. The people around us. That is who and what influences my music whether it’s good, bad, positive, negative. It’s what you make of it.

Do you think that an artist has any responsibility to the fans or should they just be allowed to make music and that is it?
I’m a fan and supporter myself, and it’s always a great feeling if u can connect with an artist, social etc.
From an artist’s view. I feel I’m at my best when I’m just free 2 do whatever music. So I’ll say yes you have a responsibility as an artist, but only to a certain extent.

What are your views on the current gang related violence going on in the greater Cape Town area?
Gangsterism, drugs, murders, even women and children abuse has been rising to an all-time high. While our justice system failed us, police protection is non-existent, it’s sad bra, it’s frustrating and it’s scary. All we can do is provide a positive platform for the youth. In this dark time government has disconnected itself from us as a people. In this dark time we should unite and govern our people.
Staan vir ons self en rise.

Do you think that the onus is on government or on the people within communities to act against gang violence?
If I’m correct, it should be on government, but we are the ones out here in the ghetto, we are the ones facing reality every day. Government is not “For The People” so I think the time has come for us to take it on ourselves.

Do you think that commercial radio stations make it easy for artists to get their music play-listed?
Real Hip-Hop was never meant to get airplay on radio in anyway. Too much truth and free energy, but yes they are making it easy for ‘commercial rappers’ though, and I’m cool with that. Every art has its platform.
Soe ek kykie nog vas ‘ie.

If you could start your own radio station, what would you do differently?
Playlist more underground music, playlist some unregistered artists (they would still need mastered tracks etc.) providing an easier platform for all artists.
I would focus more on local music.

Are there enough platforms where artists who are not commercial can share/showcase their music?
No there are not enough platforms, especially in Cape Town. I think that is ONE of our major problems.

When you’re not working on music, what are you busy with?
LOL
Don’t worry, I do have a social life. I have 2 children so I’m investing time there, firstly. Supersport3 is my favorite channel. I also enjoy buzzing on the PS3 because PS4 is way too expensive LOL!

What are you currently working on?
“DIE JOURNEY DEURIE KONKRETE” mixtape will be my next collaboration project. I know it’s loooong awaited, it should drop soon, but what I’m currently busy with I actually don’t wanna reveal anything about. I just started plotting on it, so I’m collecting a few beats from some duidelike producers..

I know that we’re about half way through, but what do you want to achieve before the end of 2017?
Bra’ there is so much that needs to be achieved by year end. Ek gan nie te veel praat nie, but maybe produce my own solo E.P.

Are there any artists/producers that you’d like to work with? I’ll be sure to tag them in the post.
Yoh Bra!!!
There are so many artists I still want to and need to work with, but one collab that is overdue is a Mr Rex & PlofStof track.
A producer I would love to link up with is Jeremy JK Koeries.

Who was your favourite singer/rapper that you’ve worked with so far and why?
BroederBond, they brought togetherness on another level, exactly what our hip hop culture needs right now.
My highlight feature was with Isaac Mutant in 2014 when I released my mixtape “The Scale of KingDavid” (prod. By Vlaktes). Why is it my highlight feature? The bra is “Moses of Afrikaans Rap”. Got to BIG UP that legend.
Salute En Respek.

Which do you prefer, Xbox or PlayStation? Do you have a favourite game?
Has to be PlayStation, lately everyone’s favorite game is Fifa, I guess I’m part of the Fifa fam.
The best games I’ve ever played was
#1 “The last of us”
#2 “Call of duty”

What do you think of talent competitions like SA Idol, The Voice, S.A’s got talent etc.?
S.A Got Talent and S.A Idols are good platforms for some people, but I also think that when you’re born with a talent you don’t need to compete or for judges to justify just how good you are. The best judges and audience are those out here in the streets buying, downloading and playing your music day to day.

If you could give one piece of advice to an upcoming artist, what would it be?
Stay focused, never doubt yourself, never back track or side step.
To lose is a closer step to victory.

The Pulse of Cape Town Art